Note from Li: This post was first published on my old blog, Far Above Rubies, on March 6, 2012. I’m republishing it today, with an update: Matt is now an awesome dad to two adorable boys. I knew he’d be a great dad. 😉 ~Li 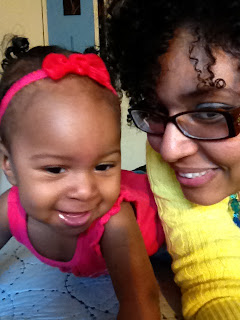 Last week at The Church of No People, Matt topped off his month long series on Parenting by explaining why he didn’t want to have kids. At least anytime soon. I laughed out loud reading it, and not in that fake “LOL! But I only wrote that because I don’t know what else to write except maybe a smiley face, but I don’t want to” type way, either. Especially that part about Go-Gurt. I don’t know why, but before having Zoe, seriously thinking about having kids always conjured up images of gross poopy diapers, crazy kid temper tantrums, and yes, Go-Gurt. Sticky, sour-smelling, old Go-Gurt on teeny fingers and chubby cheeks. And I shuddered. And wrote this. And recorded this. In other words, I understand. In fact, I still shudder when I think of what others have told me about parenting. The sleepless nights, the illnesses, the ruined… well, just about everything, from carpeting to electronics to waistlines. But as God as my witness, in my admittedly short time as a mom, I have yet to feel that chill. Really. Yes, there were sleepless nights, and being popped and peed on. Yet, I wouldn’t have it any other way. Why? One, because just as with everything else that has challenged me- Pre-Calculus, working at a super awful job, being married, dealing with a chronic illness- I have emerged much stronger having had to deal with it. Well, except for maybe Pre-Cal, which taught me the lesson that I should’ve stopped at Algebra. Two, because I’ve learned much from Zoe. So much. Here are a few: 1.) Don’t take things too seriously. Nearly everyday lately, I’ve turned around for LITERALLY two minutes and return to Zoe having my cell in her mouth. Or the TV remote. Or a corner of my iPad. Sometimes, she’s managed to crawl into near disaster. My first reaction is, “What the ksfhkrfskhs!” And my second, is to quietly laugh to myself. Like my daughter, I am learning to call them how I see them. And sometimes, it’s really not that serious. Or really, not serious at all. 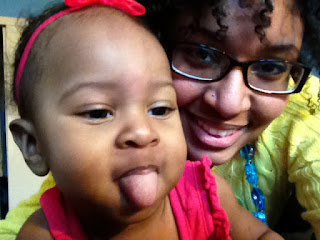 2.) It’s okay to cry. Other times, it is serious. At least enough to cry. I’m not saying I go into hysterics, but I know, balancing church, family, etc., can be trying. Sometimes, letting out some tears is totally cleansing. It’s like a little emotional reset. So when two loved ones passed a few weeks ago, I sat and cried. And was the better for it. 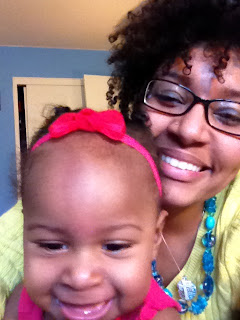 3.) Smile often. Zoe is one of the smiliest babies I’ve ever known. Really. Most mornings, she wakes up smiling. She smiles at us. Her Big Poppa. Our pastor. And especially Keiron’s co-worker Tim (yeah, she’s totally a flirt). It’s good to smile. Meet a new day with happiness. 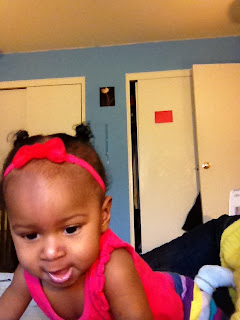 4.) Be determined. When Z focuses on something, she’ll keep going (even it means a tumble off the bed) until she gets it. There have been many days I’ve  felt weak and did not even attempt to go out. I’ll stop myself before I even tried. Watching Zoe crawl, squiggle, wiggle and kick her way to her goal inspires me to do so. Onward march! Or crawl. 5.) K is awesome. Yeah, duh, I know he is. But I need to show him that. Daily. Zoe will scream and laugh when K gets come home from work. Or goes into the living room and then comes back. She shows her Daddy how much he is missed. A reminder to me to throw some of that excitement his way, too. P.S. to Matt, you’re going to be a great dad. You already are.